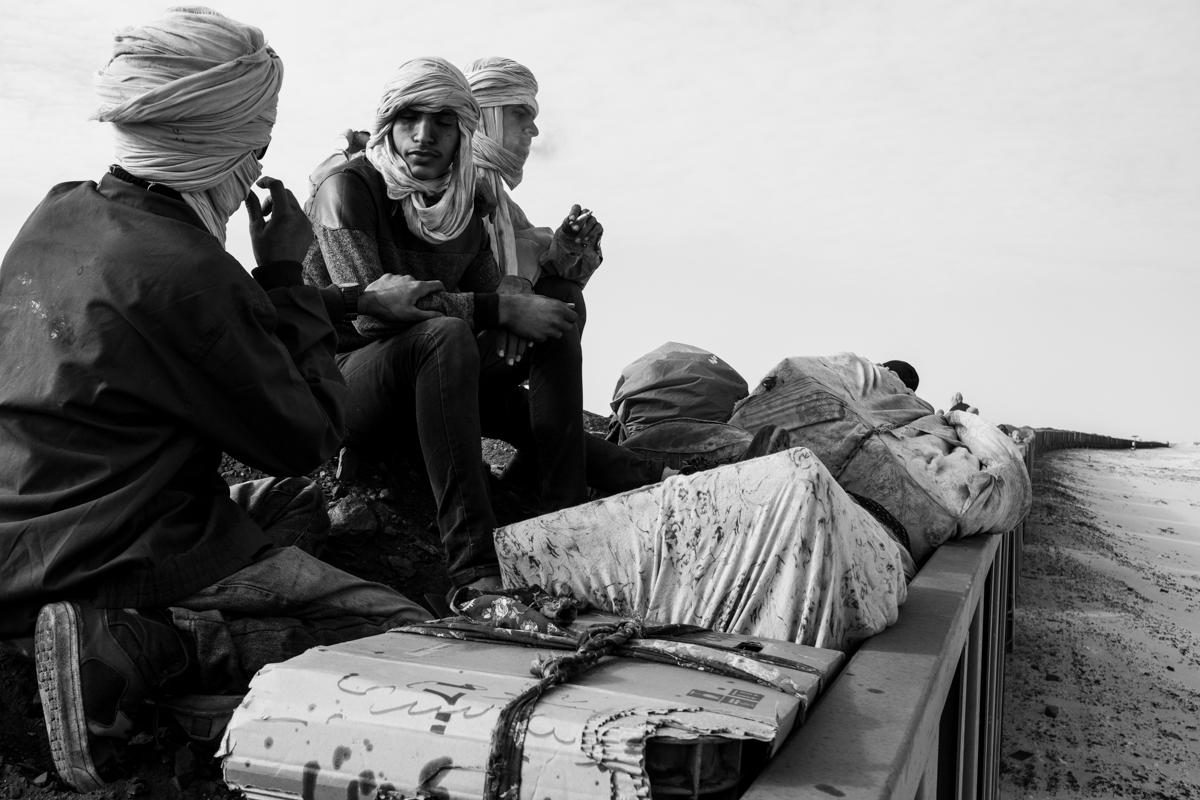 Mauritania, Northwest Africa’s large desert country, has only one train line. Built by the French after discovering significant iron ore deposits in the middle of the Sahara, it stretches across 700 kilometers from the mining town of Zouerate to the port of Nouadhibou on the Atlantic coast. The trains consist of over 200 carriages, totaling roughly 2.5 kilometers in length. They are among the longest and heaviest in the world. While their main purpose is to carry the iron ore from the mine to the harbour for export, numerous Mauritanians use them to travel across the country in order to trade goods or visit relatives. People who carry a great deal of luggage or who can’t afford a ticket in the only passenger car have no choice but to ride atop the ore hopper cars. The journey is free yet the travel conditions are dreadful. In the desert, the daily temperature range can be extreme. The worst, however, is not the heat or the cold but the dust. Countless particles of iron spread in the air, making it difficult to breathe or see. Inspired by the courage of these men, I made the roundtrip from Nouadhibou to Choum (about 1000km over nearly 24 hours altogether), in the hope of experiencing and documenting one hell of a ride across the desert. 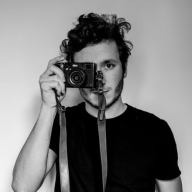